A zebra cannot change its stripes!

A zebra certainly cannot change its stripes it would appear....

We are lobbying with the Blackpool Taxi Operators Association for Blackpool Council to remove the zebra crossings between Central and North Piers on the Promenade that are the cause of traffic being almost at a standstill during the summer months. The problem is that Blackpool Council officers do not appear to see what is the obvious truth - that the new Promenade looks good, but the zebra crossings are inappropriate for the traffic & pedestrian flows expected of them. The quote below is from guidance on zebra crossings which leads me to think how the zebras ever got passed by any sane person as suitable for Blackpool Promenade??? 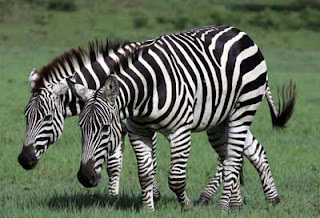 Zebra crossings are also best avoided on busy town centre streets or outside railway stations since this is likely to result in a constant stream of pedestrians claiming priority. Higher flows of pedestrians will cause substantial delay to vehicles, creating traffic congestion, and a Zebra crossing is less likely to be a satisfactory choice. Where gaps in traffic flows are few, and waiting times long because people feel it may be hazardous to establish precedence, a Zebra crossing is likely to be unsuitable."