Following on from the acquisition of Dennis Dart SPD 362 from Cardiff Bus in September, sister buses 363/365/366/369 & 371 were added to the fleet during October and November. 365 & 371 were re-sprayed in red livery for use on the seasonal Red Rocket Express service whereas 363, 366 & 369 are currently in store awaiting partial repanel and painting in 2016.
Dennis Dart MPD news is that both 147 (T147DAX) and 474 (W474UAG) both returned to service in November in fleet livery; 474 entered service on 01 November having been acquired from Walsall Community Transport back in August. 144 (T144DAX) has received an all-over wrap for Dominos Pizza whereas 657/658 (V657/658HEC) are currently out of service for MoT and refurbishment work.
Ex-Arriva Dart V234HBH and ex-Metroline T143AUA are both considered withdrawn. 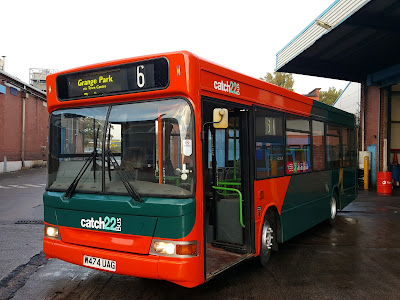 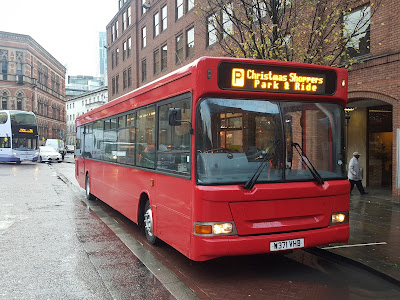