Does my bus look big in this?

Bendybus MAL53 (BL52ODK) is back in service again on the Catch 22 route. The Citaro was initially trialled in passenger service on the 22 route back on 20th January, but has been off the road in the interim having a few problems resolved. The bus has now been fitted with vinyl lettering over the destination box which reads "Mereside Cleveleys via Town Centre 22" and the Bendy is likely to make regular appearances on the 22 until the "Red Rocket" express service resumes at Easter. Although not intended for the 22, its use allows a greater low floor presence on the service whilst work is in hand on various Dennis Darts / Volvo buses and it prevents storage over the winter months. 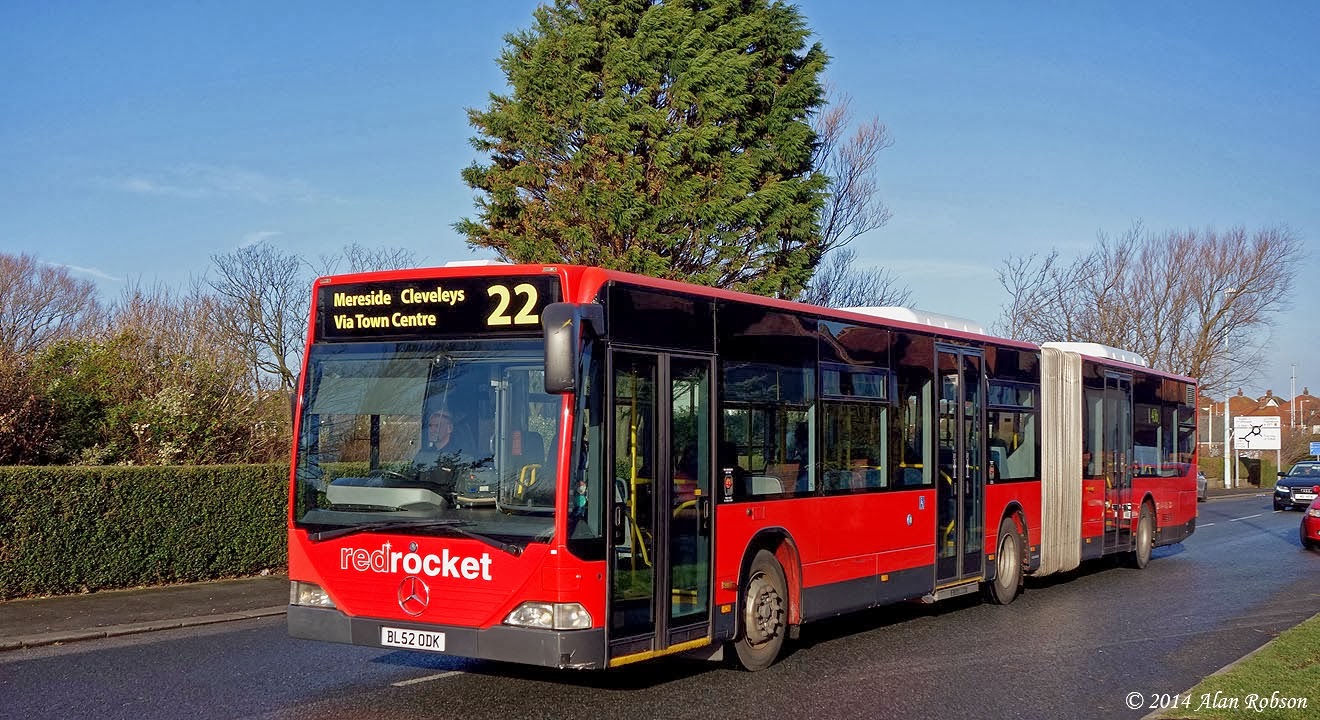