The first Dennis Dart to be treated to the new "Catch22Bus" fleet livery is now completed and has completely transformed bus 143 from its all-white livery that it has operated in since acquisition early in 2013. The turquoise and orange livery looks superb and the second repaint, that of Dart 163, is now underway.
Former Metroline 143 now awaits MoT test but the new liveried buses will not be entering service on Catch22 until April. 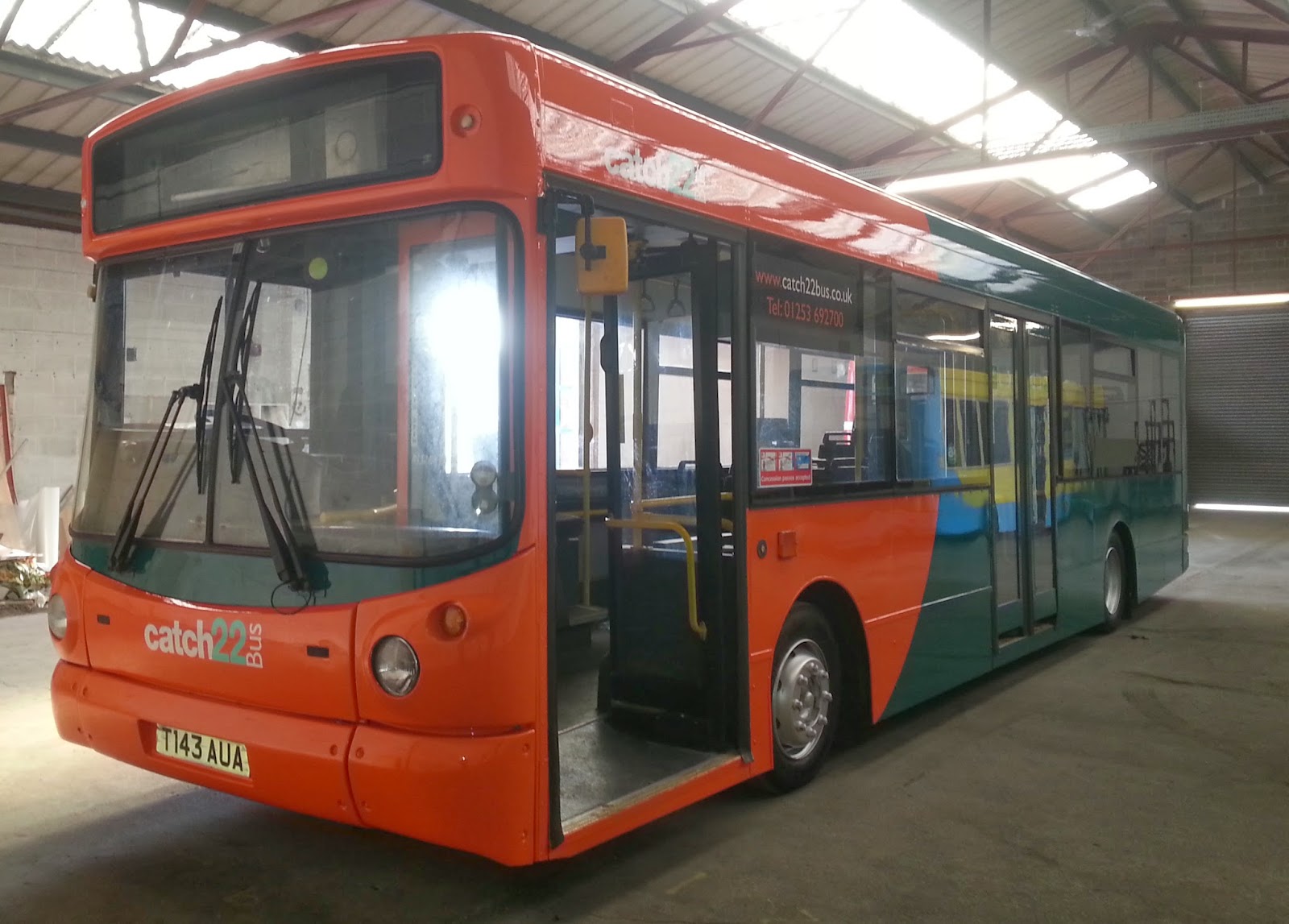 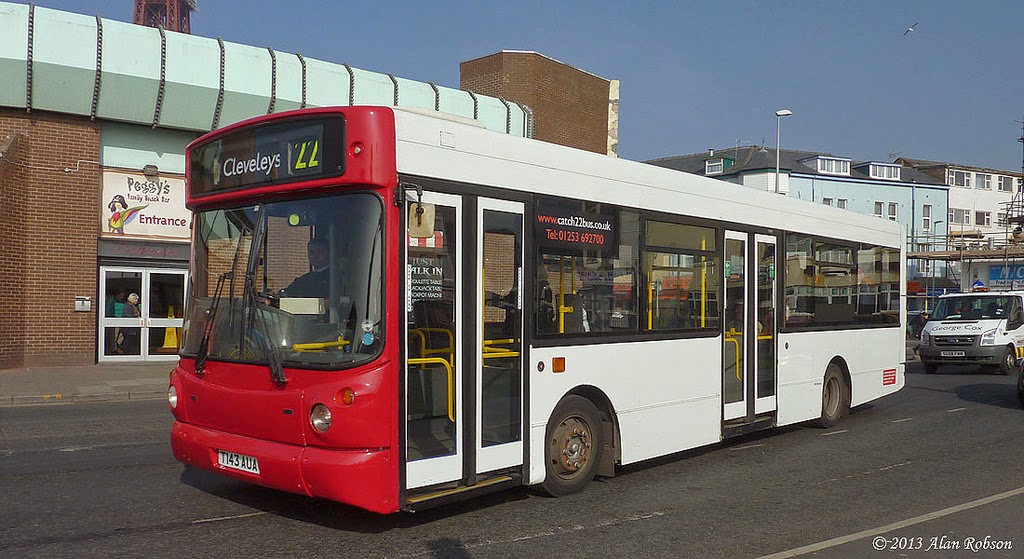